Paolo Campa (Pseudonym of Paolo Alberto Campanile) 1964 – Born in Lugano into a family of renowned hoteliers. He attended compulsory schools and building design schools in Lugano. The Campanile family, from the 1960s to the 1990s, enjoyed particular notoriety in the restaurant business in Ticino and among exhibitors throughout Switzerland, as well as abroad and overseas between the Hawaiian Islands and the Seychelles.

Nevertheless, however, Paolo Campa has always been attracted only by art, this is also due to his innate predisposition for drawing and for this need handed down to him by his cousin Dario, who is his elder (1948).

This delighting, already at the age of thirteen, with his cousin’s wasted tubes, the young Paolo paints his first oil painting, a subject with a small-sized “Candle”.

But it was only in 1985 that he began as a self-taught with the intention of making painting its first essence and so, since 1997, as a professional he paints, exhibits and also teaches in private schools.

In the family there are three artists who bear the name of “Campanile”, which is why, in the same year (1997) the artist changes his name to “Campa”, an affective nickname given to him by his peers already in his youth.

The beginnings of his pictorial career was initially certainly influenced by his cousin, at the time, already a frequenter of the ateliers of De Chirico in 1967 and that of Salvador Dalì in 1973.

But in his maturation Paolo Campa has always had as a reference the great Italian masters such as Caravaggio and the American Impressionists of the nineteenth, as well as his contemporaries: Lucian Freud, Alex Katz, Claudio Bravo and Gerhard Richter, by far his favorite artists who, like him, they have always sought renewal in continuity.

Paolo Campa exhibited for the first time in 1987 participating in a group show at the “Poltera” gallery in Lugano, followed by many other personal exhibitions.

But it is from 2003 that a further and significant momentum begins in his path with the meeting of the curator Antonina Zaru who counts him among his young Italian artists such as: Velasco, Giovanni Frangi and Luca Pignatelli and with them, organizes a traveling exhibition also abroad between London and Washington DC (USA).

Moreover, since 2006, it has also been presented in international fairs such as those of Bolzano, Milan and Verona.

This is how the fairs open to him, a series of opportunities, in fact, on these occasions, is discovered by the well-known critic and curator Maurizio Sciaccaluga who died shortly thereafter, and unexpectedly, on 27 June 2007 at the age of 44.

Maurizio Sciaccaluga immediately showed his enthusiasm for Paolo Campa’s work, in particular for the portraits he wishes to include in the latest exhibition curated by the critic, with the theme: “New Realisms” and held at the Museum of Palazzo San Domenico in Francavilla a Mare in the Province of Chieti, then under the successive care of Vittorio Sgarbi, who then decided to repeat the exhibition at the PAC in Milan under the theme: “New painters of Reality”.

On that occasion, the exhibition was visible in conjunction with a single entrance ticket to the exhibition still curated by Sciaccaluga himself: “Italian Art 1968-2007” which was held at Palazzo Reale in Milan.

For Paolo Campa, other important collective and personal exhibitions of important echo followed, such as at the See / 301 gallery in Zurich with the exhibition: “Die neuen Generationen im Göttengarten” (The new generations in the garden of the gods).

Nothing to do with what may seem an interpretation to the act of profane or pagan adoration, but rather as a careful analysis of the face of the new generations in constant change just like for the seasons in a garden of variety and ephemeral beauty. 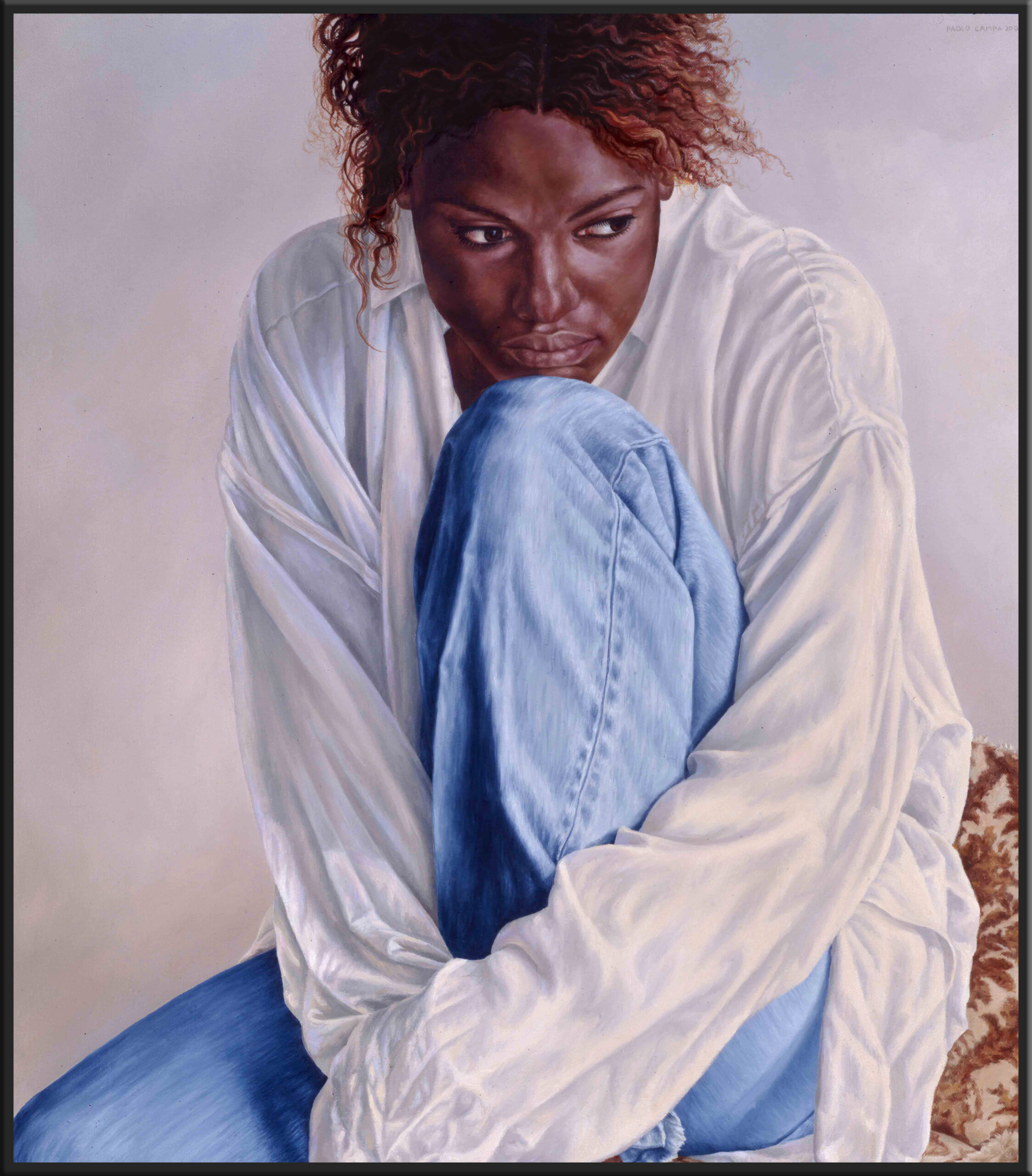 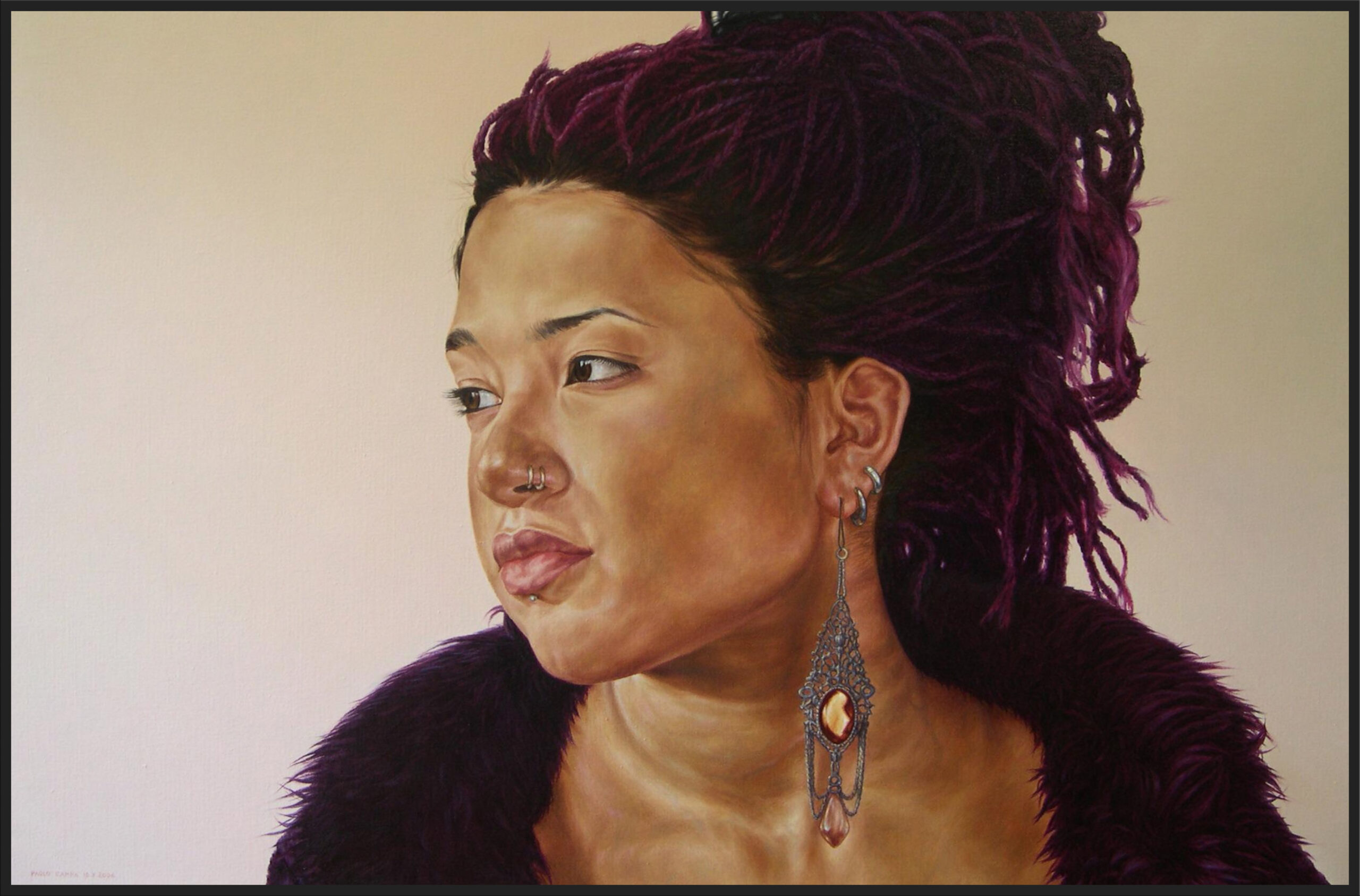 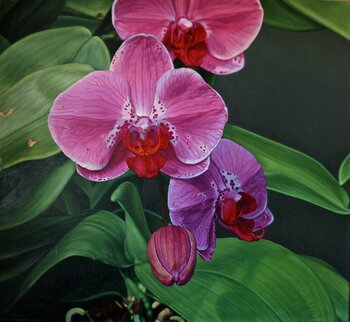 Services, Assistance and Consultancy in Art