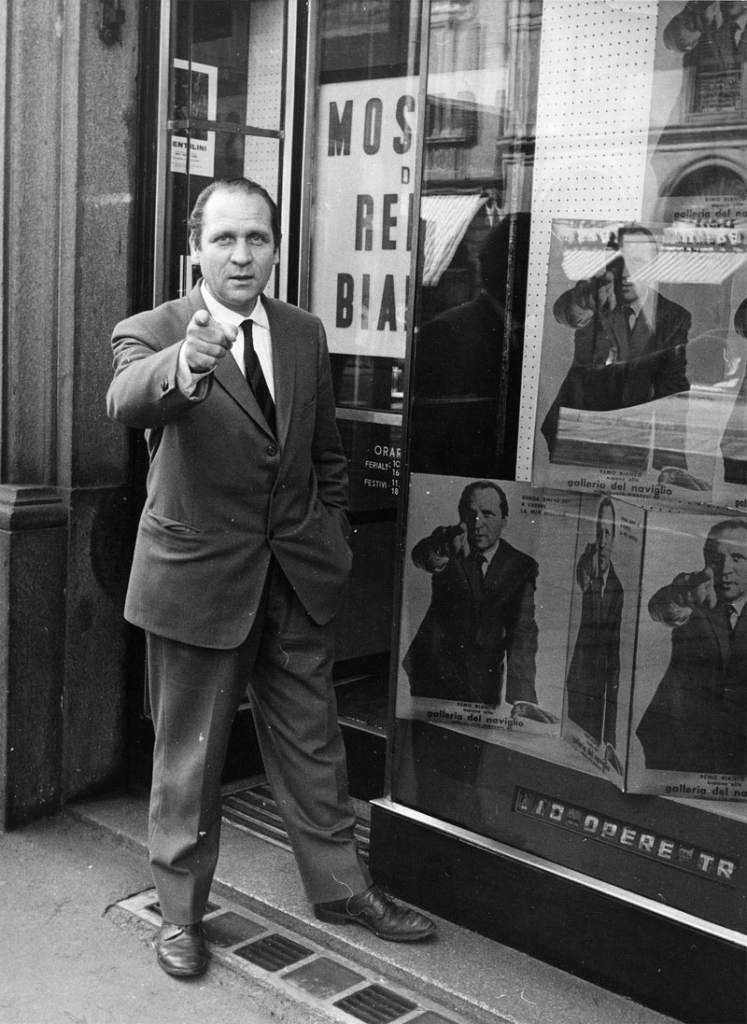 Remo Bianco, pseudonym of Remo Bianchi, was born in Milan on June 3, 1922.

He was a great eclectic artist, time traveler, pioneer and researcher of new complex and multifaceted expressive forms of the art world.

His father Guido worked as an electrician at La Scala, a strict father and irreducible anarchist.Remo had a strong bond and complicity with his sister Lyda older than him by a few years, she had become an étoile of classical dance.

In 1937 Remo enrolled in evening courses at the Brera Academy where he met de Pisis and began attending the master’s studio where he met Carrà, Soffici, Sironi, Soldati, Savinio, Marini and Cantatore.

In 1941 he was enlisted as a gunner pointer on a destroyer which was sunk a few years later. Recovered by the British, Remo was interned in Tunis thus coming into contact with the East.

In 1944 he returned to Milan and resumed contact with de Pisis and studies at the Brera Academy.Remo Bianco thus begins a first phase of his artistic pictorial journey through Rouault’s existential expressionism.

In 1951 Remo Bianco approached the nuclear movement founded in Milan by Dangelo and Enrico Baj, an “abstract” movement that captured the value of matter and forms, especially the pictorial one.Remo began to experiment with shapes and matter, the lines for example of the faces, became more and more imperceptible turning into real amalgamations of oil painting matter that formed real crusts of matter where the figure appears transformed or better reshaped.The transformation or rather its true formation will take place with the introduction of Lucio Fontana’s Spatialism which coincided with the modernization of the Italian industry through the use of new materials, such as plexiglass.

With this material he creates the famous 3D, perforated Plexiglas plates in abstract shapes and of different colors, superimposed, spaced a few mm apart and held in a usually wooden frame as a display case.Remo dives headlong into new experiments in search of new and revolutionary forms of expression.Such as the rubber that Remo uses to make molds of objects through the cold catalyzing technique.A sort of research on time like the traces left by man through the footprints, which you leave on the sand by the sea are ephemeral but Remo makes them perennial.

“These works have something archaeological in them, they recall the finds of funerary objects. In the molds the objects are not piled up, but arranged, in order, as if they were the vocabulary of a life that has been marked by these small everyday objects. Bianco makes the memory a conceptual work. “ Lorella Giudici foundation Remo Bianco. Remo goes further and in 1956 creates a front-back rubber foot print of a male human body, perhaps his own, unique since he has not produced other “human” foot prints, the work here is the “back”. The location of the front is unknown. 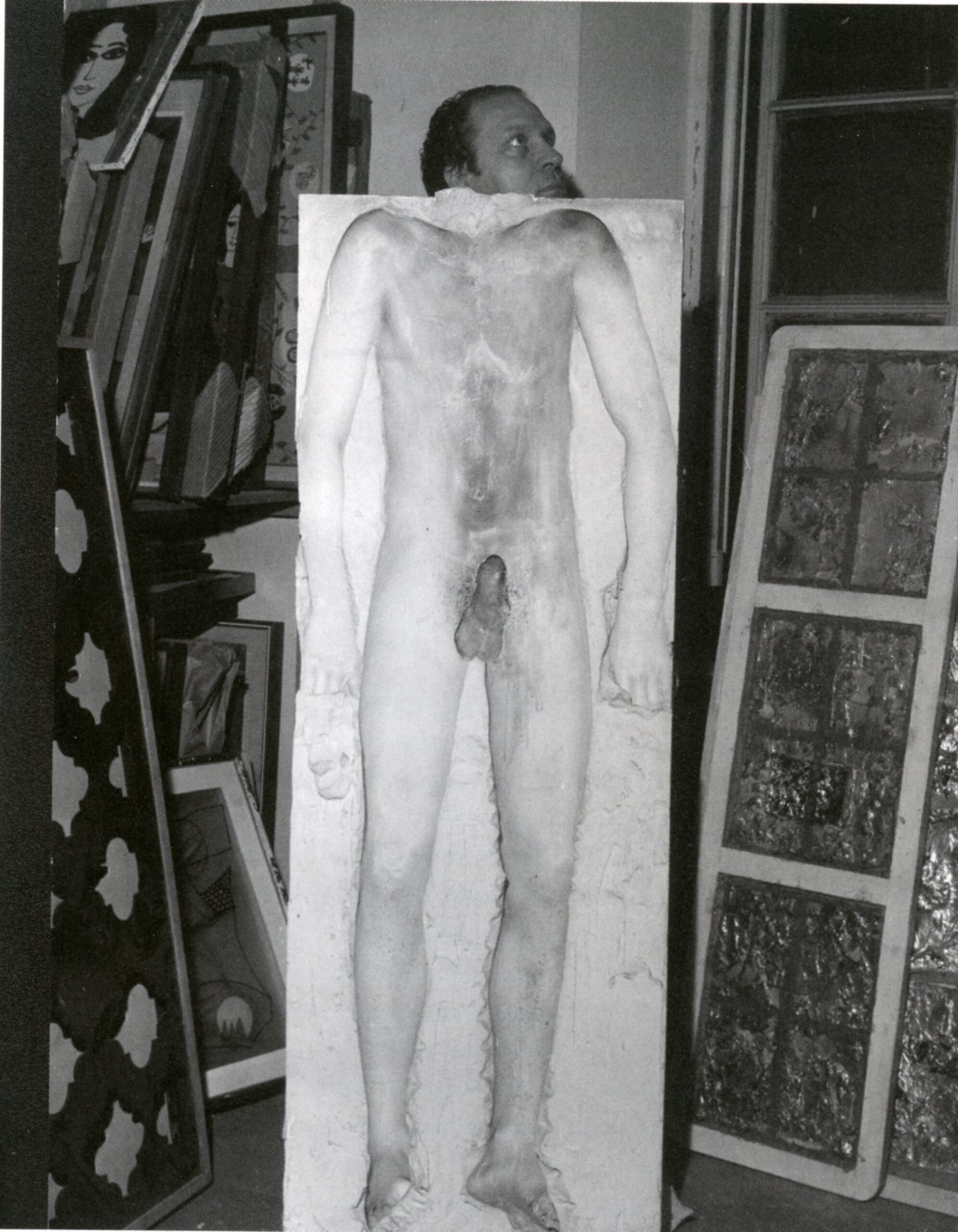 Remo Bianco  in his atelier with his human front rubber footprint

Remo Bianco in those years was in an artistic frenzy of ideas and projects that was often inconclusive and discontinuous with the realization of his ideas.

“I would not like… to conclude nothing for having tried too much, this is the danger. More than the danger, I would say, my disposition, my character, my nature ”Remo Bianco.

Unknowingly many young artists of today replicate what he proposed 50 years ago, for sheer lack of culture and information. It can be deduced that many academies are not based on informative and formative education through knowledge of the history of modern and contemporary Italian art, but on the indoctrination of the current professor. 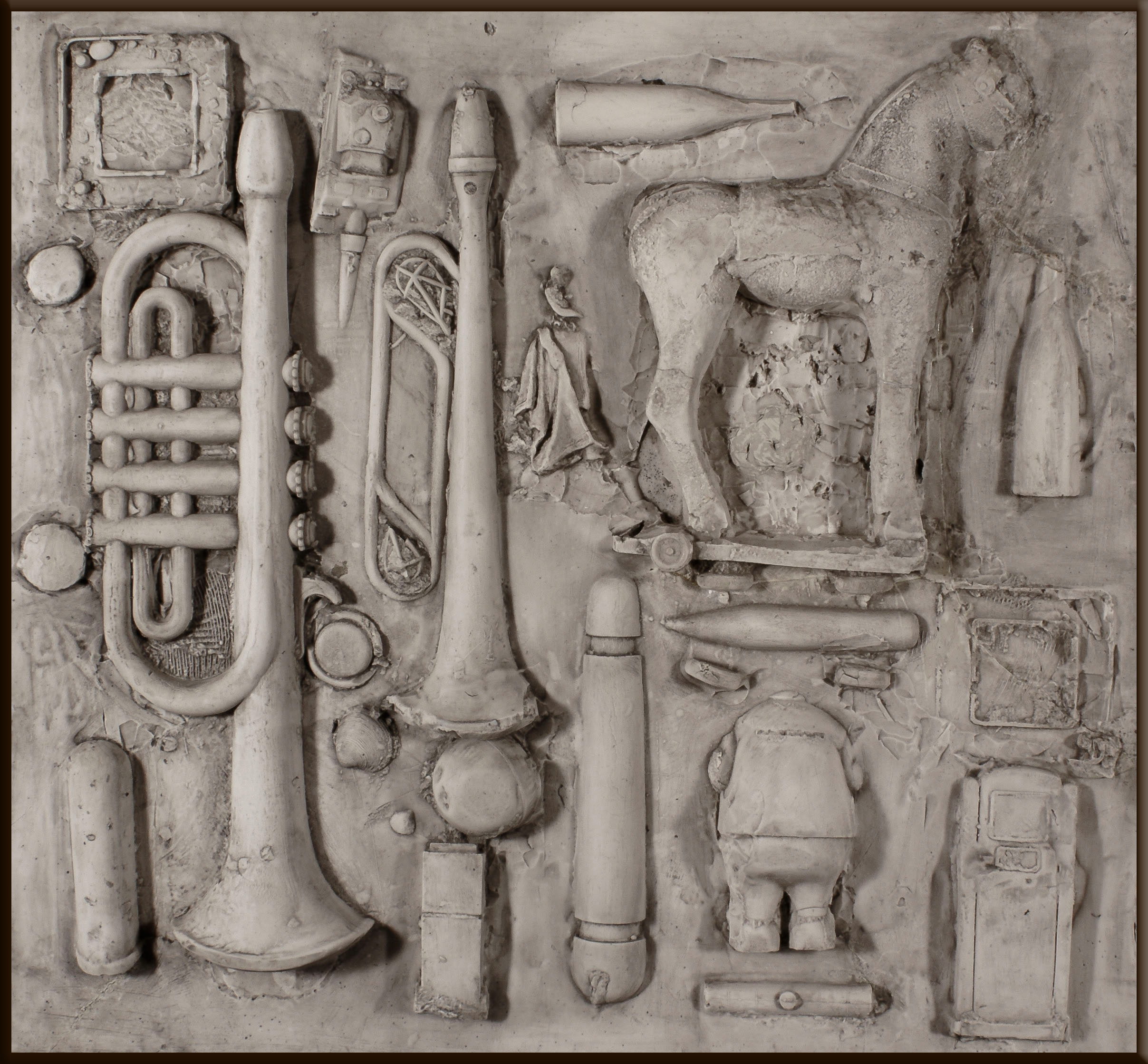